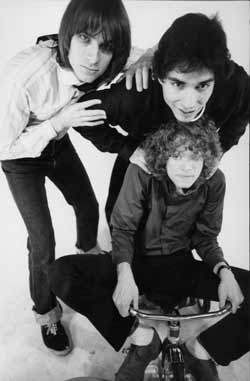 *NOTE: Some musicians have been forgotten. Sorry.
Please contact me so I can add your name.
The blonde drummer in 1982, the guitarist from Newfoundland, and others... Call me and say, "Hi."

More albums by THE RICH will be added soon.

Albums of The Rich

About Shaolin Records
Shaolin Records was launched in 1984, releasing vinyl records and cassette tapes of Kung Fu music from Santa Monica, California. With its' origins in Shaolin Kung Fu and Zen Buddhism, Shaolin Records hopes to 'enlighten and entertain™.'

About The Rich
The Rich were formed in 1978 as Richard Del Connor left San Diego with Dann Linck to become one of the first punk rock bands of Los Angeles. The Rich recorded in many of the best L.A. studios with amazing recording engineers until becoming the Coyote in a Graveyard rock opera in 1984 which altered Richard's name to "The Coyote." During the late 1980s the set list included songs from the original 1979 band and the Coyote in a Graveyard soundtrack album. This band was billed as "Coyote Graveyard." In 1992 Richard Del Connor became American Zen, and in 2007 became "The Hippy Coyote," and "Buddha Zhen." While working as a stagehand in Las Vegas, Richard became known as "Kung Fu Cowboy." Jamming on flute with his Vegas reggae musician friends, they named him, "THC The Hippy Coyote."